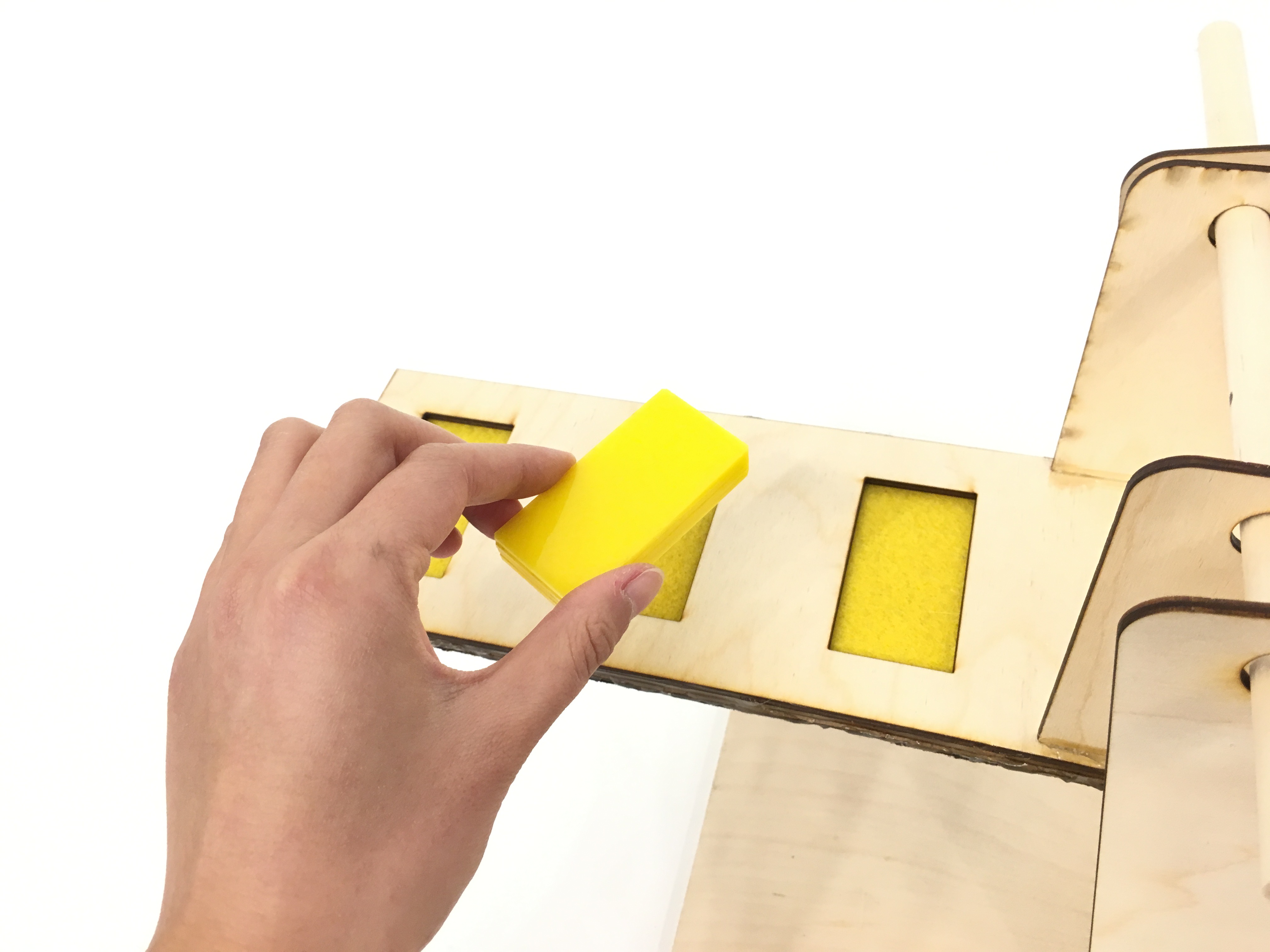 Balance is a daily ritual that invites users to commit to a balanced work-play life. This experimental project seeks to challenge the boundary between the digital and physical world and build a system that assist human to achieve their full potential. By implementing metaphors and effective feedback loops systematically, interactions can be more dynamic and empathetic. 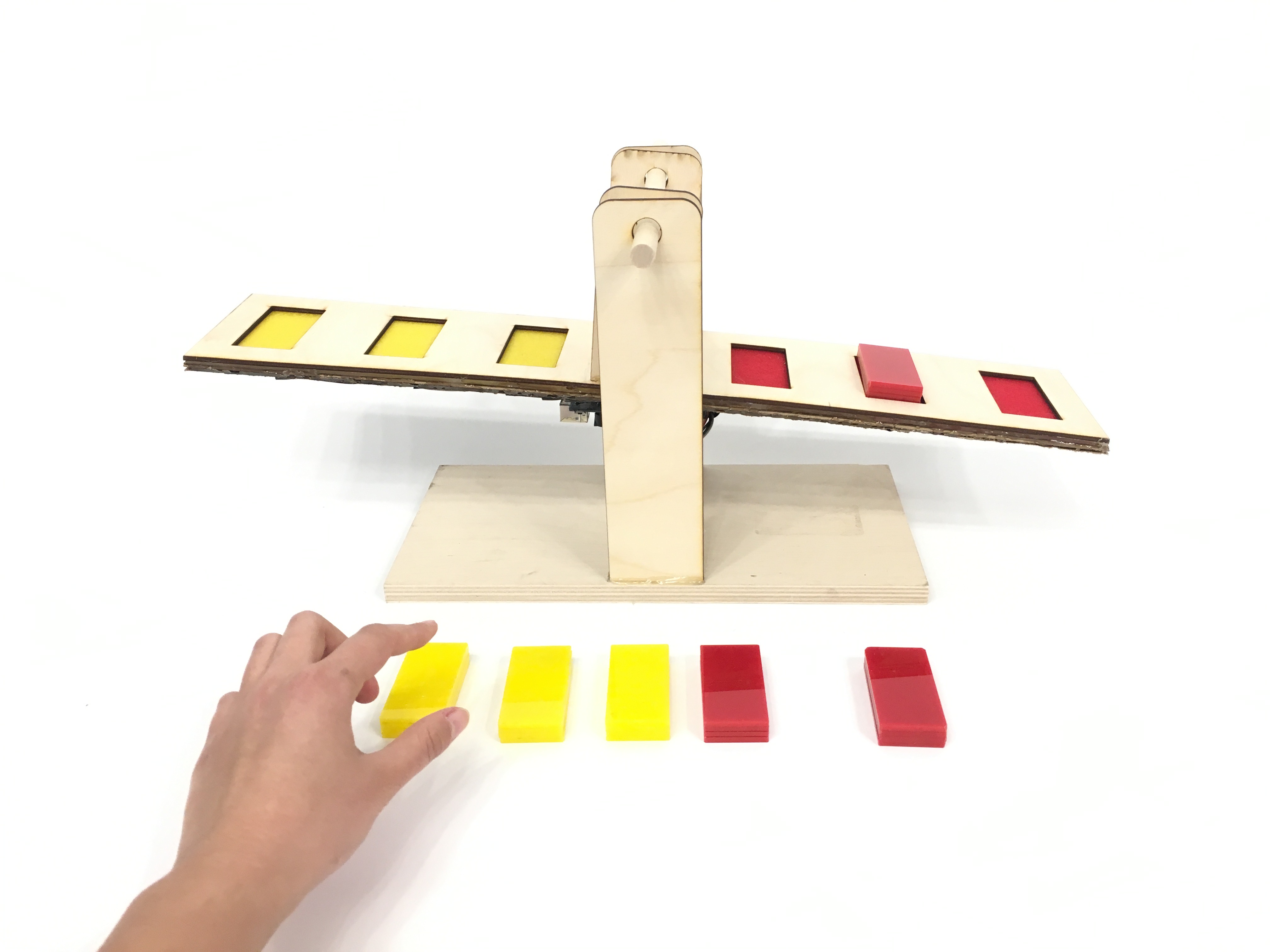 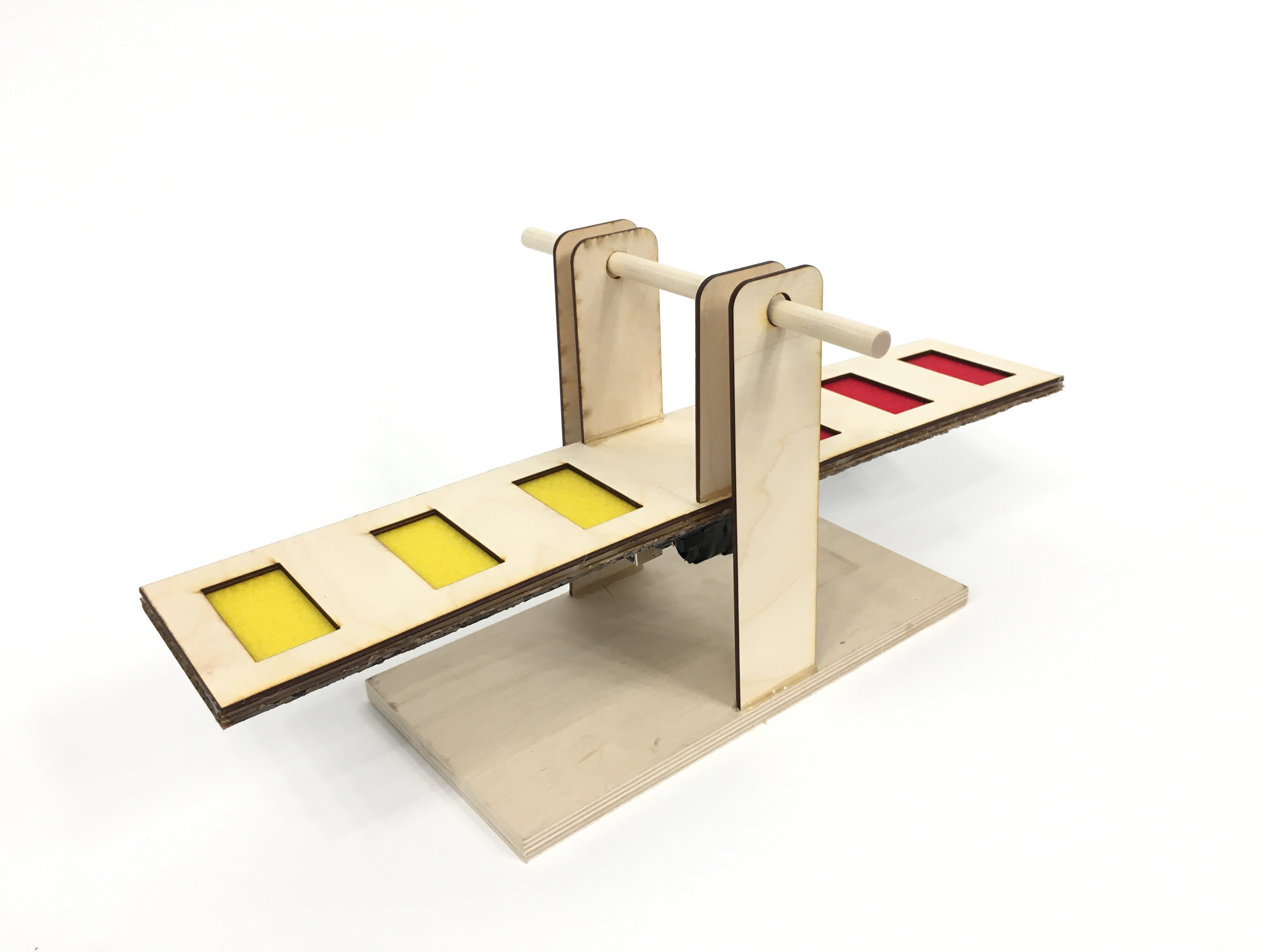 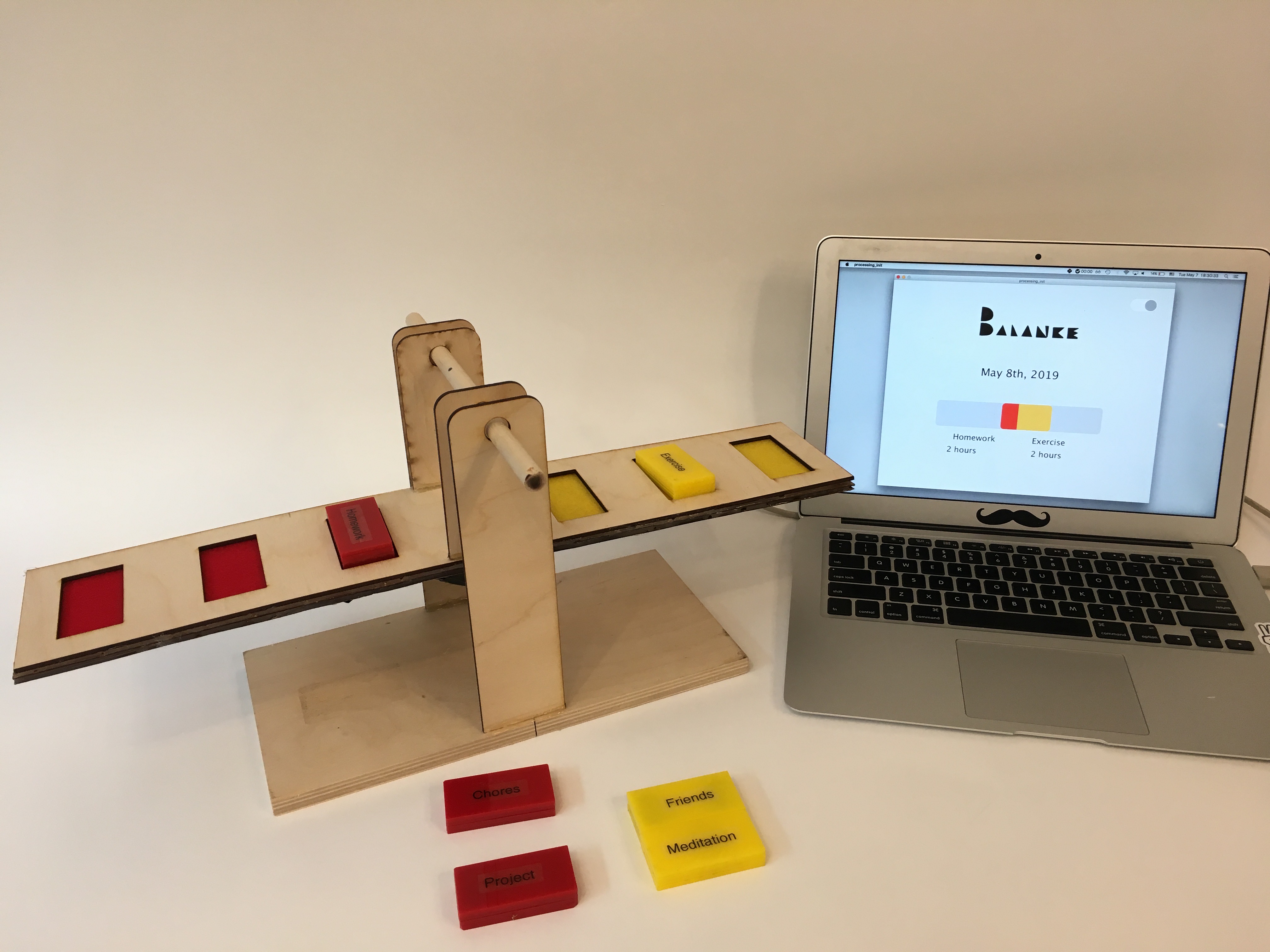 In the modern day faced-paced environment, we strive for multi-tasking and are overwhelmed by the tasks and responsibilities that compete for our attention. We constantly worry if we had forgotten to do something and evaluate tasks to sort through their priority. Currently, platforms like Google calendar and simple paper notebooks help remind us, but these platforms present tasks as flat lists of items. The list representation presents the tasks sequentially and limits the information shown on the digital user interface. The over-simplified task representation takes away the situational context and omits attributes of the tasks, such as importance, effort needed and time duration, which are important information that would help users accomplish these tasks in the most efficient way. As a result, users spend more time trying to comprehend and estimate the aforementioned attributes instead of making actual progress. Previous HCI research has shown that giving digital information tangible physical forms allows for more ways to represent that information and provide richer feedback. The physical form gives intangible data spatiotemporal characteristics, in addition to verbal or visual languages. I took inspirations from toy blocks that children would stack to construct miniature architectures. Toy blocks have various mass, color, shape, and texture. With simple shapes and forms, the toy blocks are fun to play with because of the endless combinations of the attributes a toy block could have and the different ways of stacking. In addition, a child gains not only visual information about a toy block (its color and shape), but he/she also perceives the spatiotemporal information within a touch of the toy block (its weight and texture). Interactions between a child and toy blocks presents an opportunity for an alternative and also playful way to represent tasks. Here are some examples of how these characteristics can translate to a task’s attributes:Shape ::Type of tasks. A cylindrical toy block represents errands where as a triangular toy block represents meetings. Color :: Importance of a task. A red toy block, which represents a urgent or important task, has precedence over a less important task, represented by a green toy block. Weight :: Time duration of a task. A toy block made out of heavier material means that a task would take longer to complete.Texture :: Effort required of a task. A toy block with rougher surface means that a task is more difficult to complete.Not only does manipulating the blocks provide information about the task arrangement and order, but the blocks’ inherent material properties also provide secondary feedback that represents the contextual information of the tasks. The secondary feedback utilizes users’ tactile perception and spatial memory that assists information processing.

Solder 6 rfid tags so that they share the power, ground, MOSI, MISO, reset, but they each have a different SS pin. 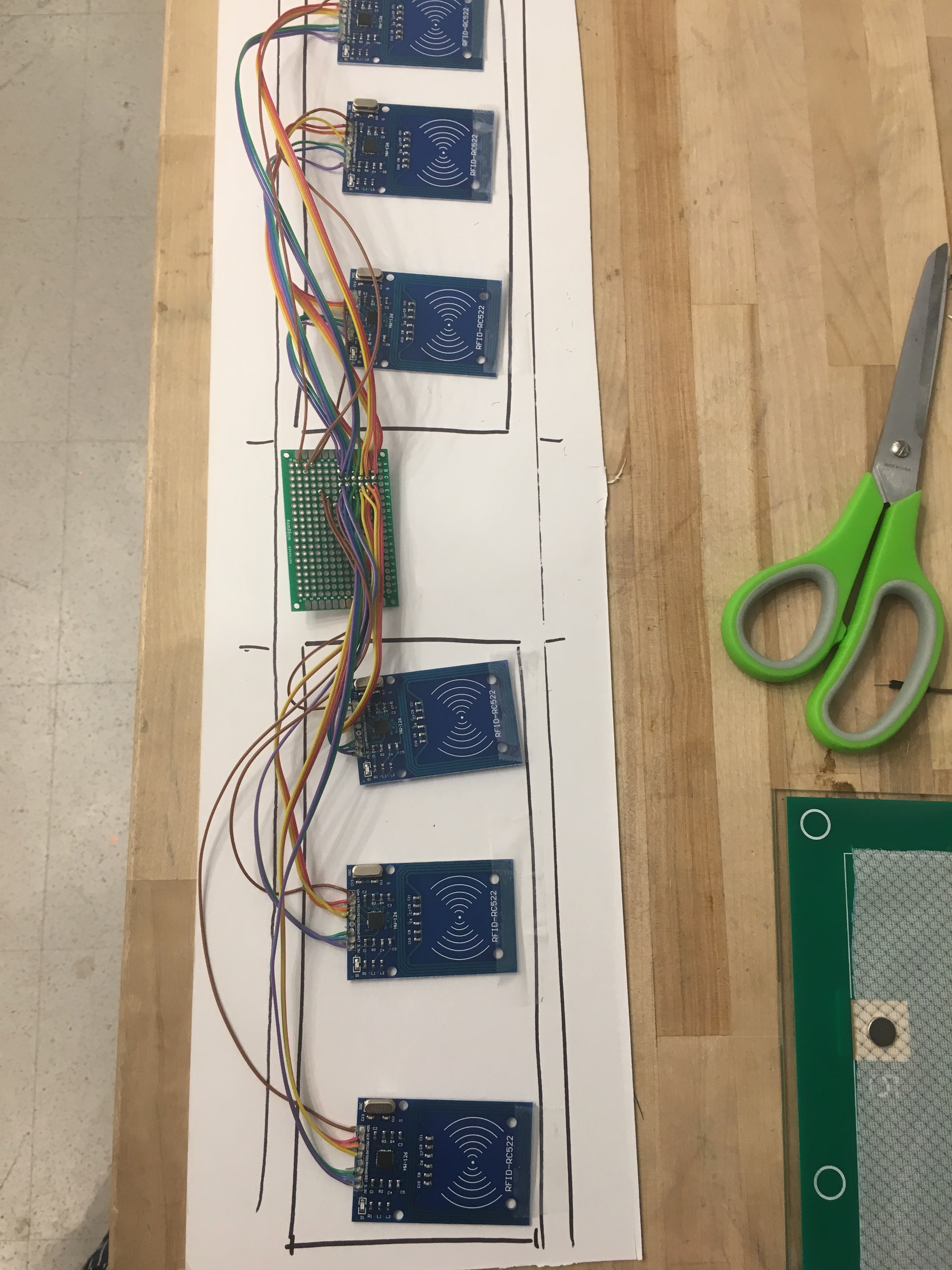 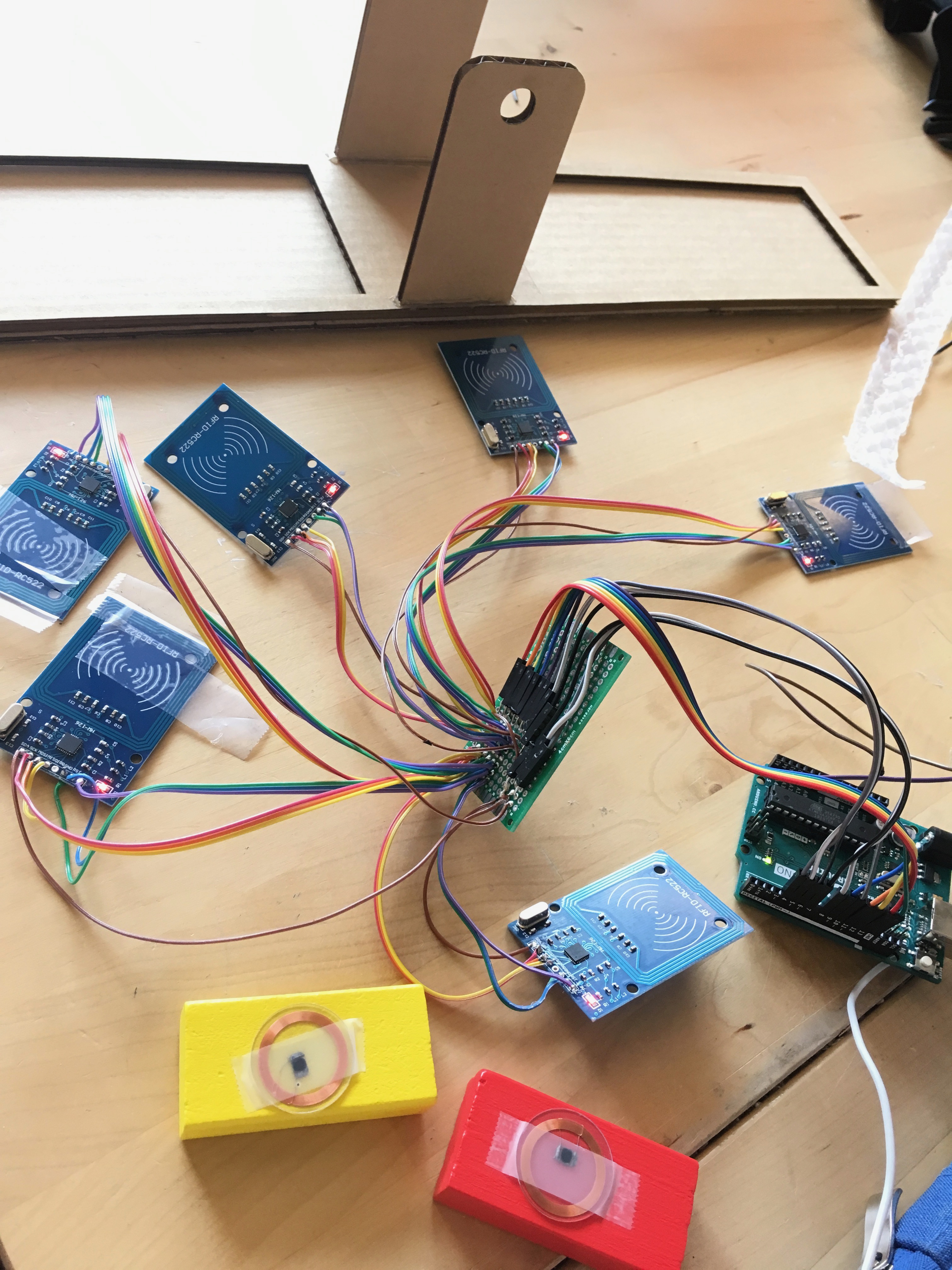 After everything works on a breadboard, I soldered the electronics parts together. Afterwards, we attempted to power Ari using a LiPo battery, instead of connecting to a laptop. We ran into some issue with the voltage regulator and went with a laptop in the end. 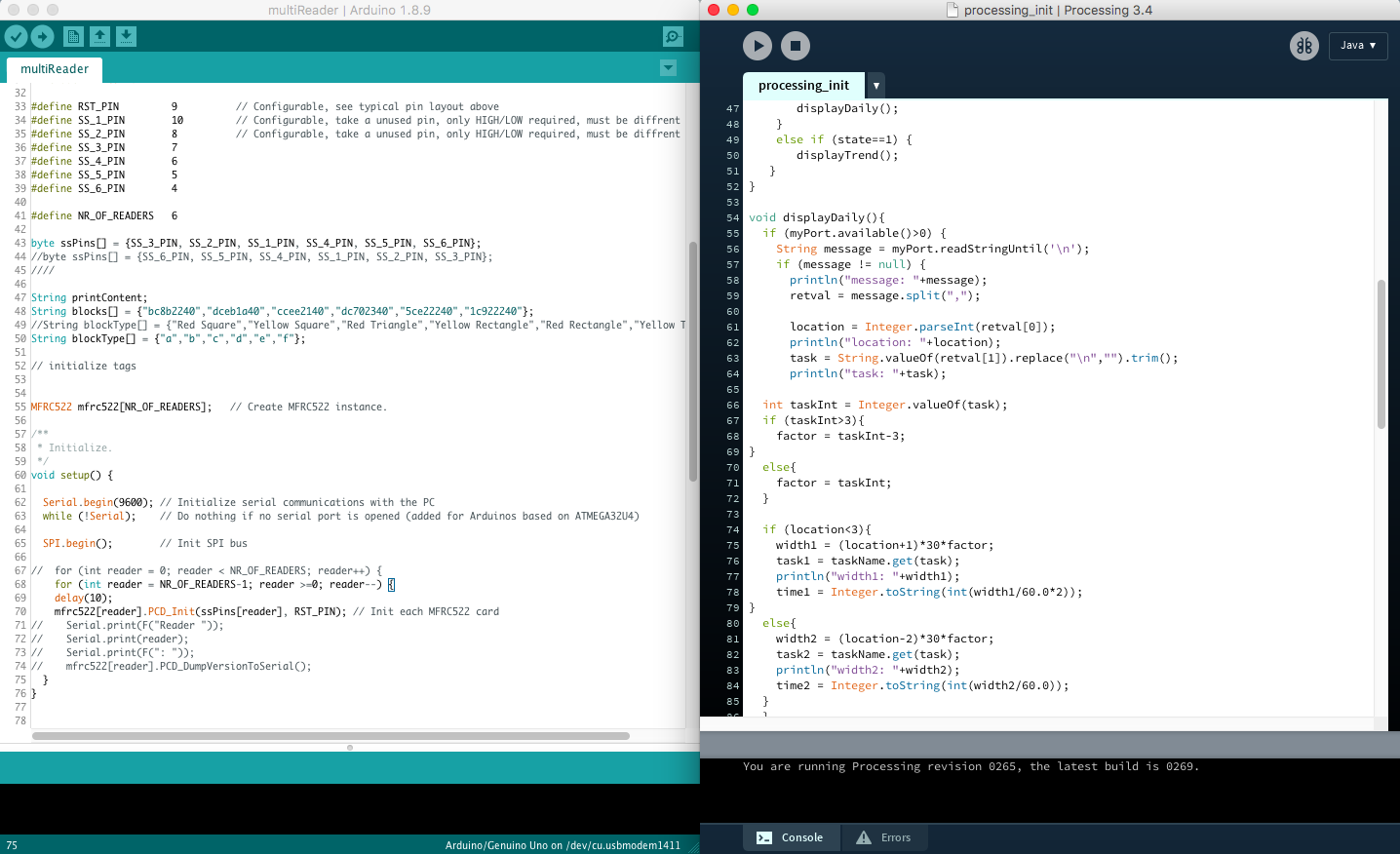 Laser cut out balance components and task blocks. The blocks look the same from the outside, but have different weights. 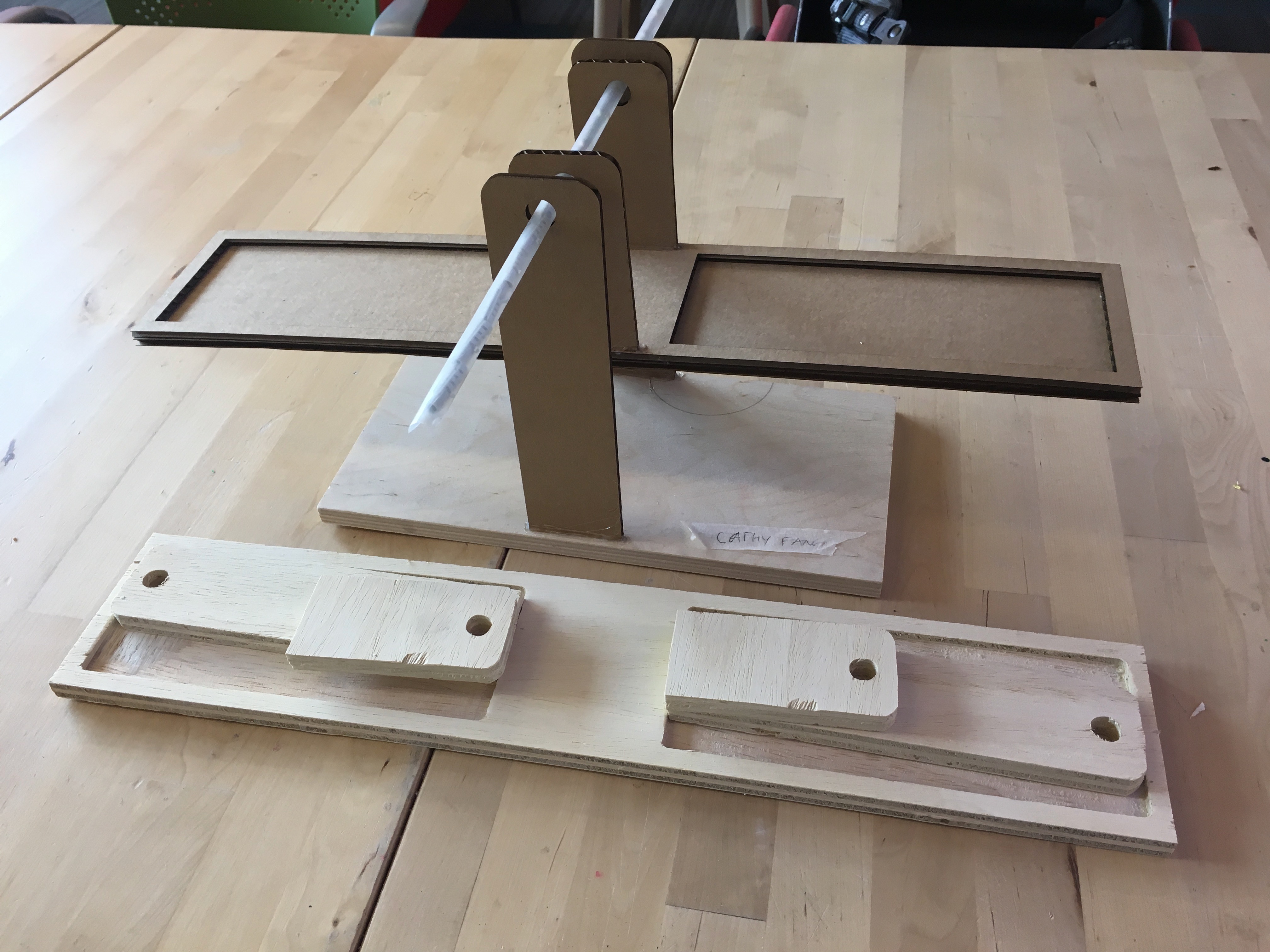 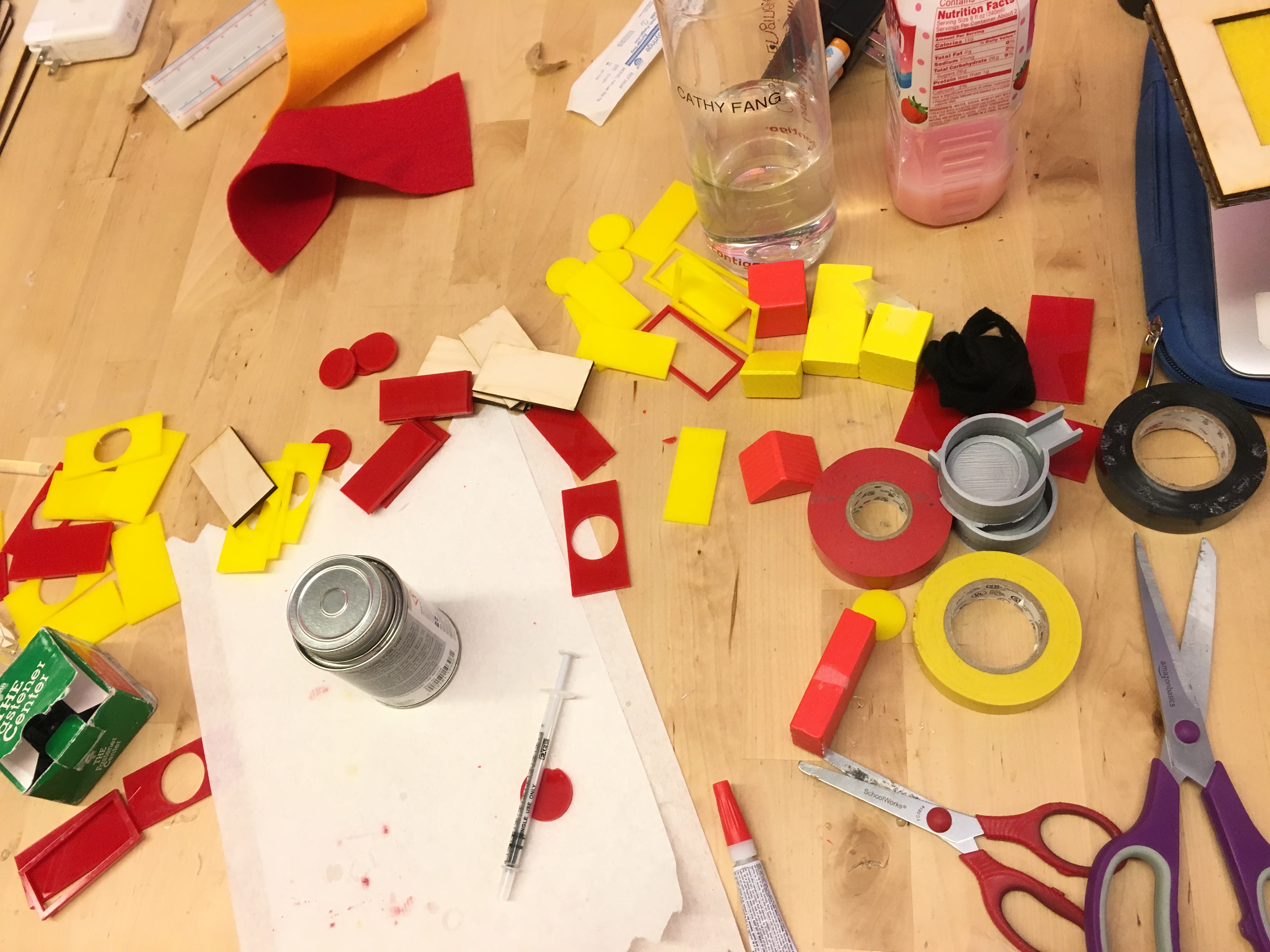 Getting all of the rfid tags to work.

Getting Arduino to communicate with Processing

The initial goal of this project is to explore. I hope to build on the lessons learned from the balance project to experiment with other forms and interaction paradigm that allow for other applications. Here are some of my other ideas during the concept exploration phase. 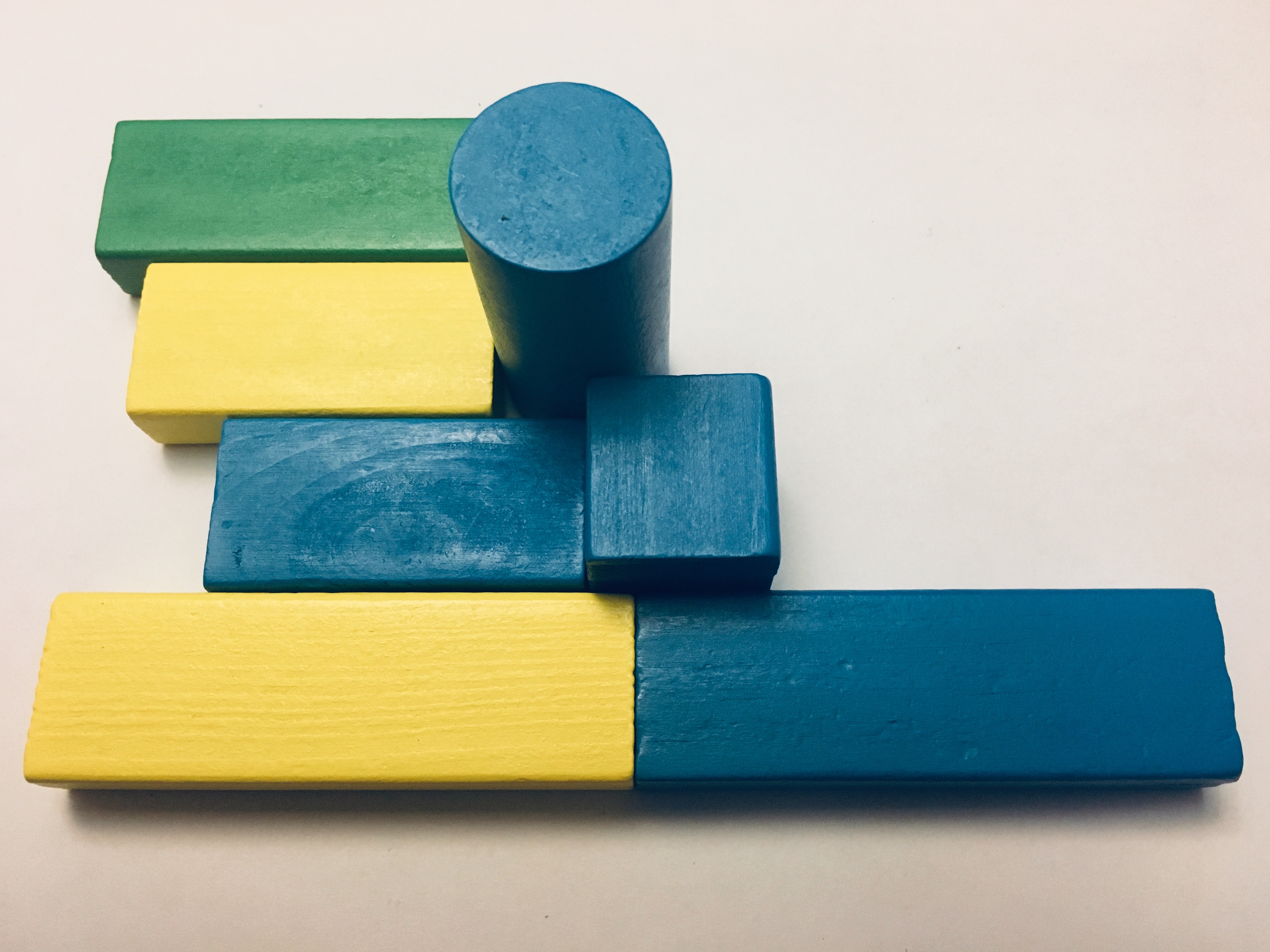 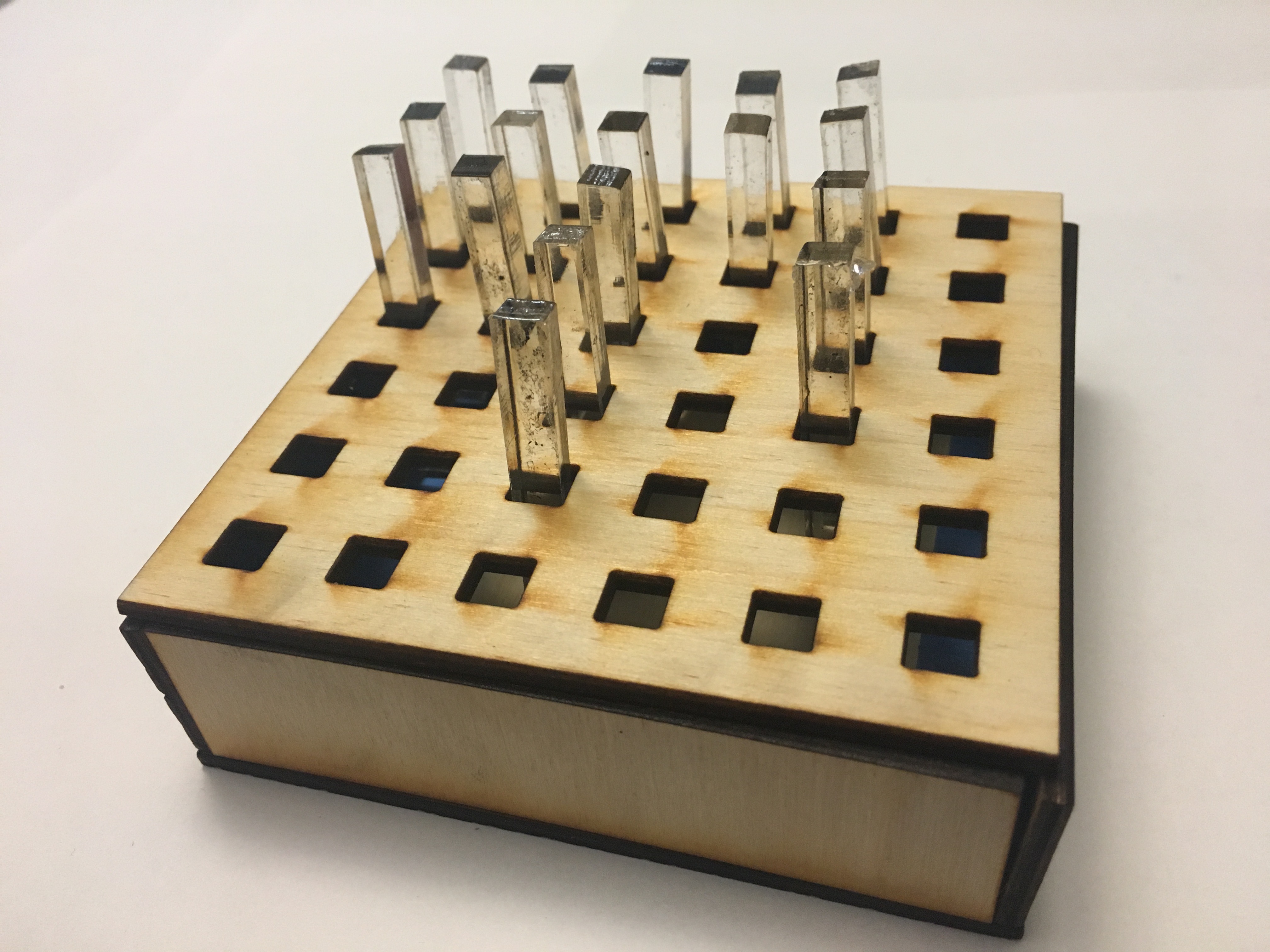